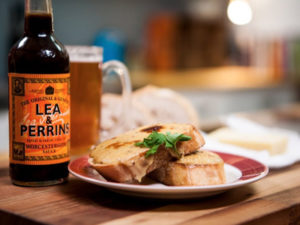 The making of Lea & Perrins has remained very much the same since Worcester chemists Mr Lea and Mr Perrins’ first experiments all the way back in 1835. That’s when a local nobleman requested they make up a recipe for a sauce he had discovered in India. After tasting it they found it completely unpalatable and discarded it to the cellar of their chemist shop, only to find, 18 months later, that it had matured into a delicious sauce. While many have tried to replicate its taste and success, nothing can beat the genuine truly delicious Lea & Perrins Worcestershire Sauce.